On 8th March – and All the Other Days: Each for Equal

Gender equality is a basic human right and a prerequisite for sustainable development, so why does inequality persist in so many countries, and what can we all do to address it? 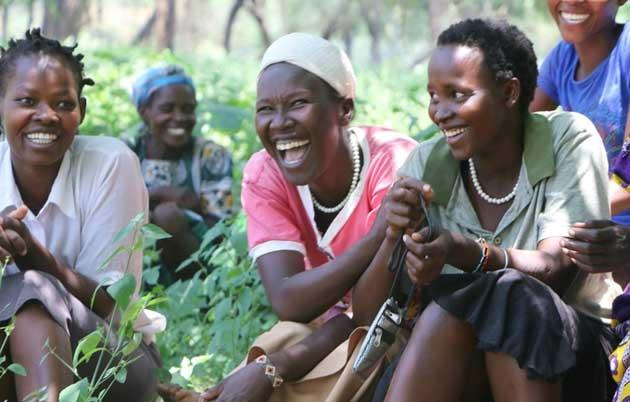 The economic inequalities plaguing much of the world today are reinforced by many other forms of inequality, including inequalities in sexual and reproductive health-Dr. Natalia Kanem, ED UNFPA. Credit: UNFPA Kenya / Douglas Waudo

NAIROBI, Kenya, Mar 6 2020 (IPS) - Development efforts over the past two decades have seen millions of people freed from poverty and hunger, and inequalities reduced worldwide. This is an undoubted achievement, but is no reason for complacency. The fact is that inequality between men and women, between boys and girls, remains not only a social justice concern, but one of the impediments on development in countries across Africa and beyond. Addressing such inequalities is a duty for all of us, and one which is at the heart of the theme of this year’s International Women’s Day on 8th March: Each for Equal.

Gender inequality is so deeply ingrained in many societies that simply being born female can have a deleterious impact on a girl’s life chances. Too often, girls are still viewed as a drain on their families’ resources, kept out of school in favour of their brothers when money is tight, married off as children to older men, and condemned to a lifetime of poor health, unwanted large families and poverty. Too often, they are also condemned to illiteracy and economic dependence on men.

The effort towards achieving gender equality is not only the business of women. It is the business of each of us. Male champions have a critical role to play when it comes to challenging stereotypes, fighting bias and standing up against discriminations and violence against their mothers, sisters, wives and daughters. In this regard, H.E President Uhuru Kenyatta, as a gender champion, has set a path by taking personal commitments to End Female Genital Mutilations (FGM) by the year 2022.

Globally, Kenya has demonstrated its engagement against gender-based violence through the development or enactment of the following: a National Policy on Gender and Development (2019), a National Policy for the Eradication of FGM (2019), the Sexual Offences Act (2006), the Counter-Trafficking Act (2011), the Children’s Act (2001), the Prevention against violence Act (2015), and the Prohibition of Female Genital Mutilation Act (2011). The wins for gender equality and women empowerment will also be achieved through the implementation of the ‘Big Four’ Agenda which focuses on Universal Health Care, Food Security and Nutrition, Affordable Housing and Manufacturing.

The irony is that gender equality would benefit all and make no losers. In its 2016 Africa Human Development Report, the United Nations Development Programme (UNDP) pointed out the clear intersections and interdependencies between gender equality and human development. Improving women’s capabilities and opportunities improves in return their ability to contribute better economically, as employers, employees and entrepreneurs, to the common wealth; it brings social and environmental benefits in terms of better health and education, changes the attitudes that enable the scourge of physical and sexual violence against women, and works to improve sustainable resource use. Additionally, the report argues, women’s political involvement leads to fairer and more representative decision-making and resource allocation, to the benefit of all and that of the environment too. Actually, none of the UN-sponsored Sustainable Development Goals (SDG) will be achieved if girls and women are institutionally and systematically discriminated against and left behind. Hence, these complex issues must be worked on at all levels at a time.

While much of the gender equality debate globally focuses on income disparities, it is crucial to look beyond. Upstream, achieving equality at work is hampered by unequal access to education. Our daughters are profoundly unlikely to earn as much as our sons, or even to be able to compete for their jobs, if they have not been educated, or if societal attitudes to women allow employers to dismiss their applications out of hand. To accelerate the achievement of SDGs and in particular SDG 5 on Gender equality will help, among others, ensure universal access to sexual and reproductive health and reproductive rights. And it happens that healthiest women with fewer chores at home can spend more time prospecting on the job market, and ultimately secure higher revenues to sustain their families.

For these virtuous circles to become our everyday reality, we need to go deeper, to challenge the social and political norms and entrenched interests that prevail in many nations, communities and families.

A mission for each of us

But what can we, as individuals, do? How can we help shape a world where your gender does not dictate your future? Each of us needs to understand how his/her own thoughts and actions shape society.

The Each for Equal campaign urges each of us to challenge our deeply-held assumptions about girls and women, about their abilities and rights. Silence always benefits the status quo and perpetuates situations of oppression. Conversely, speaking up takes courage, determination, and a willingness to stand out from the crowd. Our thoughts and actions are powerful. Our voices are powerful when we use them to speak up against the injustice we testify, or to celebrate women’s aspirations and achievements. It is both an individual and collective responsibility to achieve justice, opportunity and equality for half the world’s population.

The reasoning is valid both nationally and worldwide. 25 years after the 1995 Fourth World Conference on Women held in Beijing, the 2020 Generation Equality Forum will gather governments, the United Nations, civil society, feminist groups and other stakeholders to call for action and accountability for the full realization of the gender equality agenda. Priority issues and structural obstacles to progress on gender equality will be put at the center of the agenda, and stakeholders will make commitments along six thematic coalitions of action: Gender-Based violence, Economic justice and rights, Bodily autonomy and sexual and reproductive health and rights, Feminist action for climate justice, Technology and innovation for gender equality, Feminist movements and leadership. An outcome of the Forum will be the establishment of a mobilization strategy to make concrete progress on gender equality. Convened by UN-Women, co-hosted by Mexico (Mexico City, 7-8 May) and France (Paris, 7-10 July), and organized in partnership with civil society, the Forum is animated by a single, overarching ambition: streamline gender equality as an asset – and a prerequisite – to achieve any political objective, anywhere in the world.

At the end of the day, gender equality is not ‘merely’ an agenda item for the UN and the development sector. It is rather a necessity for human society to thrive – and perhaps even to survive – in a future of diminishing resources and mounting global challenges such as climate change. All of us must be #EachforEqual.

National Secretariat of Planning and UN Ecuador socialize methodology for prioritization of policies linked to the Sustainable Development Goals.