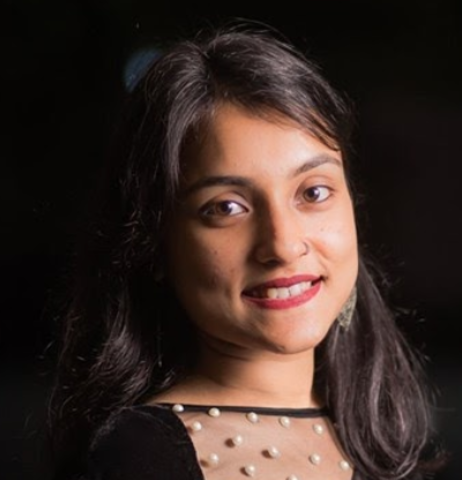 The concept of Gender Equality is anything, but foreign to the world. Yet, even after all of the marches, petitions, activism, torture and even deaths, it seems like every step that is taken forward is faced with ten steps back.

SDG 5 on Gender Equality comprises targets that touch upon a variety of issues that women face every day, globally. One of those targets to be achieved by the 2030 agenda states, “Eliminate all forms of violence against all women and girls in the public and private spheres, including trafficking and sexual and other types of exploitation.” (UNDP). According to data, from 87 countries across the globe, 1 in 5 women and girls, who are under the age of 50 will have been subjected to physical or sexual violence in the span of a year (UN Women).  One would think that all this data and research would help omit domestic violence by bringing more awareness to the horror that is a massive violation of rights; however, if anything, it’s as if things haven’t improved, as brought to light by the lockdowns imposed across countries due to Covid-19.

The very moment Covid-19 was declared as a pandemic, leaders across the world left no stones unturned to put into practice advised methods of prevention and treatment that would help slow the spread of the virus. The norm became city-wide and country-wide lockdowns. These lockdowns meant social distancing and not getting out of the house unless absolutely necessary. While for some, it was time to catch up on lost rest or practice a forgotten hobby, for victims of domestic violence, it was the horror of knowing that they were trapped in confined walls with their abusers with no possible escape.

In fact, according to The Guardian, Covid-19 is basically ‘fueling’ domestic violence. Advocates and activists have very openly expressed the torture that victims may be subjected to during the lockdowns as stress and isolation can trigger violent behaviors. This is owing to the fact that these unprecedented times have been nothing but stressful for everyone. The stay at home orders, issued in light of the pandemic, have given abusers the space to physically ‘vent out’ their frustrations on the victims who range from children to women to men.

Lockdowns have also woven travel bans and restrictions, making it impossible for victims to escape to seek solace elsewhere. Perpetrators also have begun to  practice abuse by withholding objects of importance to the victims, such as phones, and emotionally berating victims.

It was these notions of nightmares that became a reality. India’s NCW reported that it had a registration of 587 domestic violence cases from March 23 – April 16, which is a significant jump from 396 registrations taking place between February 27 – March 22. As reported by MPs, in the UK, calls increased by 49% to a national domestic abuse helpline, while killings were reported to have doubled just weeks after the lockdown implementation. From a report in April, it was found that 14 women and 2 children had been killed in just the first 3 weeks of the lockdown, which is the highest number of killings in such a period of time in 11 years!

In the first week of the lockdown, abuse of male victims also saw a surge with 35% rise in calls. According to a survey, 4,249 women and 456 children were victims of domestic violence according to Manusher Jonno Foundation (MJF) in Bangladesh during the pandemic lockdown. There’s an indication of isolation and stress triggers as 1,672 women and 424 children of that total were first time victims. While Italy saw a fall in the reports of domestic violence, almost after the completion of a month of lockdown, support groups actually showed concerns over the fact that the fall in reported cases didn’t necessarily indicate a lesser amount of abuse, it indicated a lesser ability to seek help. Although calls saw a 55% decline in March 2020, when compared to the same month last year, the idea that it was nowhere close to the real picture is what is horrifying.

And while countries took initiatives to fight this upsurge in domestic violence, while keeping a hold of the lockdown in the form of creating space to report via WhatsApp messaging, establishing increased hotline numbers and tele-counseling, asking citizens to keep an ear out to protect and report violent neighbors, providing hotel spaces for victims and even deciding not to fine them for fleeing their household of violence, it’s nowhere close to the end. Because of the pandemic regulations, new data suggests that at least 15 million additional cases of domestic violence can be expected around the globe this year. Moreover, it’s also being projected by research that from 114 low and mid income countries, 44 million women will not have access to contraceptives because of the lockdowns, which may result in an estimation of 1 million unintentional pregnancies. According to International Planned Parenthood Federation, 5000 clinics have closed in 64 countries across the globe, which Marie Stopes International reported could result in 3 million unintentional pregnancies with 2.7 million unsafe abortions and 11,000 deaths in pregnancy related cases.

At the end of the day, we ask ourselves the same questions over and over again. Why still? When will we be safe? Will gender based violence end? And the most importantly, will we have gender equality by 2030?

The first Development Finance Assessment is taking place in Kyrgyzstan

Toward an inclusive and integrated social protection system for every child, every mother, every older person and every ethnic minority woman