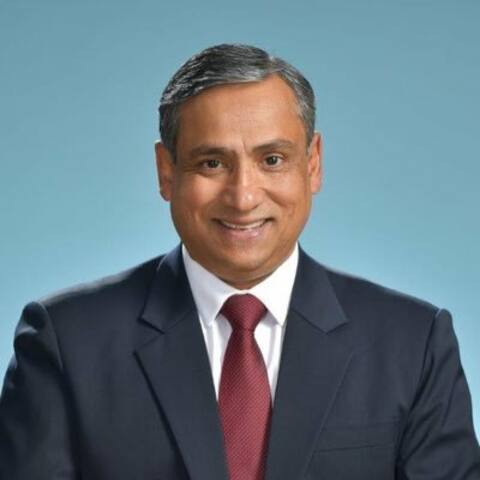 20th February 2020 in Tosontsengel soum, Zavkhan Province. The temperature is -30°C, and the air is fiercely cold at the herders’ camp in the snow-covered hilly countryside. The deep snow made it difficult to continue our journey in 4-Wheel Drive vehicles, requiring us to walk uphill to reach our final destination – the mountainside winter camp of a group of herding families.

This was my first experience with Mongolia’s cold, harsh winter after arriving in Mongolia as UN Resident Coordinator. The joint UN team, including UNICEF, UNFPA, ILO, and FAO, was on a mission to launch the first-ever joint UN program funded by the Joint SDG Fund in western Mongolia’s Zavkhan Province.

Mongolia, a vast, sparsely populated, landlocked country, is prone to multiple natural disasters and shocks induced by climate change. At the time of our site visit, Mongolia’s western region was experiencing dzud – a natural disaster of extremely harsh and icy winter conditions due to a dry summer, which causes livestock to die in vast numbers due to the cold and a lack of pasture feed and green fodder. We were also assessing the preparedness for the COVID-19 pandemic.

The timing couldn’t have been better for the launch of the UN’s Joint Programme (UNJP) on Social Protection to reduce the vulnerability of Mongolia’s herders, who make up one-third of the country’s population, to natural disasters and other shocks through comprehensive social protection measures.

A semi-nomadic lifestyle, constantly moving in search of better pastureland for their herds, makes Mongolian herders and their families most vulnerable to poverty, pushing them to further margins. They also face many challenges in accessing basic social services due to the nature of their lifestyle.

In our efforts to reverse the reluctance of herders to enrol in social insurance, we had to find innovative and non-traditional approaches while building on existing institutional frameworks and resources for a quick win. More creative incentives and flexible ways to pay the premium were highly encouraged among herder cooperatives.

Non-traditional partners such as the National Center for Lifelong Education (NCLE), cooperatives and pastureland user groups, trade unions, employer organizations, and social insurance offices were invited to partner with us in advocating for the benefits of the social insurance program. Herders who had benefited from social insurance were also good advocates.

With the approval of the amended Labour Law in 2021, the UNJP further promoted key principles of labour rights, including freedom of association and collective bargaining. The project supported the trade union in expanding its membership to assistant herders, which was elevated to a nationwide campaign with support from ILO.

One of the gaps identified in Mongolia’s social protection system is shock responsiveness. When a shock hits, assistance should be immediately available to those who are hit hard and the most vulnerable. Children are among the first to be hit hard and need the most support.

Negative impacts on children can include mortality and injury from extreme weather events, as well as disruptions in school attendance, heightened risk of food insecurity, and malnutrition due to declining livelihoods.

Our team visited Munkhjargal’s family, with four children aged between 1-15 years old, living in the most challenging and coldest area of Zavkhan Province. They raised their animals in a remote mountainous area and earned seasonal income mostly from their livestock.

UNICEF’s approach to strengthening herders’ resilience to shocks was to top up their Children’s Money Program (CMP) payments, one of the government’s flagship programmes to protect children in times of shock. Building on the country’s existing social assistance system, including payment transfers, human resources, and monitoring mechanisms, would allow for their rapid, temporary scale-up as a means of preparedness or early response nationwide during shocks and emergencies.

Munkhjargal used the Children’s Money to buy a pair of winter shoes for one of his children and vitamins and medicine for the others to endure the harsh winter.

Many rural children who were at risk due to dzud benefited from the financial support. The families said the cash assistance was timely and useful, enabling them to take early action for their children to prevent further suffering.

Seeing the direct benefit of such interventions to reduce vulnerability, the Government of Mongolia scaled up the programme to all children in Mongolia up to 18 years of age as of December 2022.

During the COVID-19 pandemic, many people struggled through prolonged lockdowns, and Children’s Money was a means for many to survive hardships.

Using existing systems, the cash grant pilot went smoothly without causing additional burdens for the national and local social welfare systems. As the cash grant was not subject to any bank fees and not used to pay for household loans or interest payments, piloting the programme through the existing system was the least costly administrative solution for directly reaching beneficiaries and meeting their needs.

Therefore, it is ground-breaking in terms of taking early and timely action to protect the well-being of children from extreme weather events, which are increasing because of climate change.

It was my utmost pleasure to witness some of the impactful results at the event held toward the close of the project when I visited Zavkhan again in April 2022.

Ultimately, the project sought to increase herders’ resilience to shocks and vulnerability through sustainable interventions that will make them more independent in the long run. FAO supported Herders for enhancing resilience through the Resilience Index Measurement and Analysis (RIMA) tool One of these interventions was supporting their entrepreneurial skills and helping them set up start-ups led by UNFPA

Otgondemberel, a herder from Ikh-Uul, Zavkhan Province, presented some of his work to the UN Secretary-General when he visited Mongolia in August 2022. Thanks to support from the UN’s joint programme, he started a small project to process sheepskin and hides for animal husbandry products. He was able to earn extra income that helped him to purchase social insurance for himself and his family.

Looking back at the work completed by the project, 14 start-ups have already stood up on their feet, contributing to the betterment of the livelihood of herders. These start-ups benefited from the project’s business incubation service, including financial and marketing training for improved entrepreneurship skills.

While assisting herders with their hard skills, we needed to address their physical and social health by offering them life-skill training. Building their soft skills, like better communication, avoiding substance abuse, managing stress, awareness raising on sexual and reproductive health and reproductive rights, and the prevention of gender-based violence, was an essential part of a holistic approach.

Through these practical approaches orchestrated by UN Mongolia, social and health insurance coverage increased by five per cent among herders at the national level, according to the General Authority for Social Insurance. In the five target soums in Zavkhan Province, the program saw a 10 percent increase in coverage.

Moreover, thanks to the Joint SDG Fund, the four UN agencies in Mongolia joined forces and pooled funds for greater coherence and stronger impact to make a difference in delivering a development program that aimed to improve the resilience of herders – one of the vulnerable groups at risk to be left behind. Each agency brought its best and unique assets to the successful implementation of the program. This proved that through a unified and collective offer, the UN system can fulfil the promise to bring about substantial positive change in its partner country.