Buenos Aires, August 24, 2020 .- The First Lady, Fabiola Yáñez, will chair the Advisory Council of the Program "Early childhood and sustainable development, towards a comprehensive care strategy", of the Joint Sustainable Development Goals Fund of the United Nations. The objective of this multisectoral Council - made up of representatives, the State, civil society, academia, the private sector, unions and UN agencies - is to generate initiatives to guarantee the rights of girls and boys during early childhood.

The Joint SDG Fund is an international mechanism created by the United Nations to support sustainable development activities. Its main objective is to convene UN agencies, national governments, academia, civil society and companies to accelerate compliance with the 2030 Agenda for Sustainable Development. UNICEF leads in Argentina the Program "Early childhood and sustainable development, towards a comprehensive care strategy", one of the SDG Fund projects in the country.

Fabiola Yáñez was today appointed president of the Advisory Council of this program.

“We are all aware that the first stage of life is highly significant and is key in the development of the potential and well-being of each person. In those first years of life, many of the conditions that are going to mark the present and the future of the new generations are defined. We understand that policies aimed at creating a comprehensive protection system aimed at the youngest girls and boys, and their families must occupy a privileged place on the governments ' agenda ”. 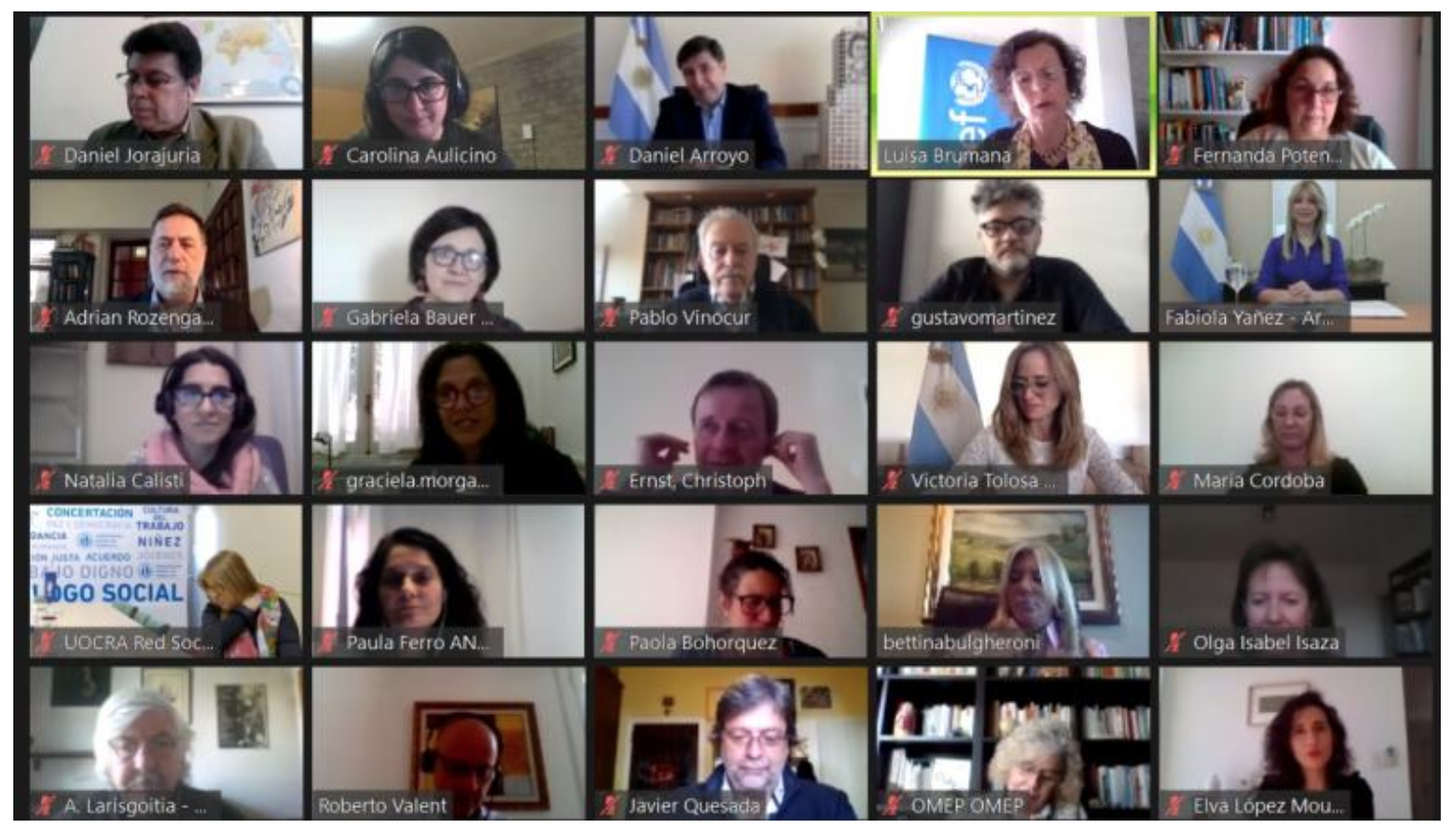 The Representative of UNICEF Argentina, Luisa Brumana, opened the session of the Advisory Council, which in its first meeting was formally constituted, and invited Fabiola Yáñez to assume the presidency.

“We have found great harmony and agreement on the transcendental importance of early childhood for the well-being and development of children, and on the urgency of investment from the State, society, the private sector, and families in this phase of enormous development potential ”.

This first constitutive session of the Advisory Council was held virtually and was attended by the Minister of Social Development, Daniel Arroyo, the president of the National Council for the Coordination of Social Policies (CNCPS), Victoria Tolosa Paz, references from the Ministry of Education, Salud y ANSES and the Resident Coordinator of the United Nations in Argentina, Roberto Valent.

The councilors of the non-state sector are made up of the world president of the Organization for Preschool Education (OMEP), referents of the Argentine Industrial Union, the General Confederation of Labor, the Central de Trabajadores de Argentina Autónoma (CTA-A) Central de Teletrabajadores Argentina (CTA-T), academic sector, business foundations. And agencies of the United Nations System, with the leadership of UNICEF and in coordination with the Office of the Resident Coordinator: the Economic Commission for Latin America and the Caribbean (ECLAC), the International Labor Organization and the United Nations Program for the Development.

Although the Joint Program proposes two annual meetings of the Advisory Council, it will have a dynamic and flexible operation. It is expected that the Council will convene specific thematic meetings related to early childhood, their care and access to their rights, where other state actors will be invited at both the national and sub-national levels, as well as members of civil society and the System of United Nations.

Among its central objectives, it stands out to provide proposals, initiatives, topics of debate, to advance the agenda of full guarantee of the rights of girls and boys during early childhood. It is a space for counseling the Steering Committee and coordination of the ODS Fund as well as visibility and advocacy to position early childhood at the center of the public agenda.