UNICEF Mongolia is supporting the Ministry of Labour and Social Protection (MSLP) and Zavkhan Provincial Government to pilot a Shock-Responsive Social Protection (SRSP) programme for rural children who are at risk of climate related weather shocks by vertically expanding the Child Money Program (CMP).  The goal of the pilot is to demonstrate the value of mainstreaming SRSP into the national social protection system and to generate lessons on whether and how to scale up the pilot programme in order to support children and households to avoid negative coping strategies, such as reduced food consumption, reduced expenditure for health need and education during shocks. 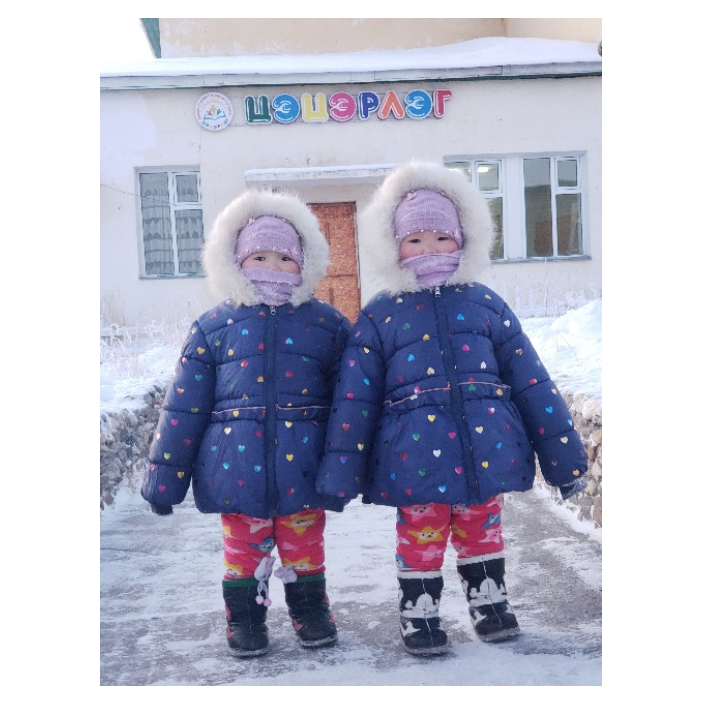 As agreed with the MLSP, the pilot programme is being implemented in Zavkhan province, one of the UNICEF’s Country Programme Focus Provinces, in 2 phases in the winter of 2019-2020. Under the first phase of the pilot programme, a total of  2730 children aged 0-5 years old from Bayantes, Ikh-Uul, Tosontsengel and Tes soums of Zavkhan province, which are known to have severe winters and the most snowfall historically, received a cash assistance of 40,000 MNT, which was transferred into their CMP account on 9th of December, 2019. This cash assistance aimed at supporting the households with young children to prepare for winter as an early action by purchasing warm clothes and nutritious food for them, as well as using it for insulation and fuel for their homes etc.

Under the second phase of the pilot, it was agreed with the MLSP and Zavkhan Provincial Government that over 6800 children aged 0-5 years old from 23 soums excluding the provincial center soum, will be provided a cash assistance of 60,000 MNT in 3 installments by 20,000 MNT in mid-February, March and April.  This early response action aims to support the households with young children in their continued smooth consumption, when they start to experience income constraints due to harsh winter conditions that lead the households to increase their spending for fodder to save their livestock.

The specific feature of this pilot programme for children is that it uses the existing Government system of social assistance for children, that includes targeting mechanisms, beneficiary databases, payment systems, human resources and monitoring mechanisms, and therefore, that allow for their rapid, temporary scale-up as a means of preparedness or early response nationwide during shocks and emergency situations.

The post distribution monitoring visit following the first phase of the pilot confirms that it is going smoothly without causing any additional burden in the national and local social welfare system. As the cash assistance was not subject to any bank fees and was not used to pay for any household loan or interest payments, the cash assistance pilot through the existing system was at the least administrative cost directly reaching the beneficiaries and meeting their needs.

The limitations of the pilot using the government’s Child Money Programme database include some exclusion and inclusion errors. Children who were living in other areas, including Ulaanbaatar city, at the time of the Proxy-Means Test (PMT) of 2017 were not included in pilot programme, while those who were living in 2017 in these pilot soums, but now moved to other locations, were covered by the pilot receiving the cash assistance.  The same errors occur among children under kinship care of their grandparents. This implies that the residential status should be updated in the Governments’ Integrated Household Database if it to be used for geographical targeting of social assistance.

Such a pilot that uses the government’s existing social assistance delivery system, has never been designed and implemented before. Therefore, it is a groundbreaking in terms of taking early and timely action to protect the well-being of children from extreme weather events which are increasing because of climate change. The pilot will be expanded next winter aiming for full integration and adoption by the government thereafter. With this pilot, UNICEF, other development partners and UN agencies look to support the Government in making the national social protection system responsive to climate related shocks.

This initiative is co-funded by UNICEF Mongolia, KOICA, Women Unlimited through UNICEF Canada, and the Joint SDG Fund of United Nations.

LEAVING NO ONE BEHIND