On Board with more Women in Leadership

In 2020 it’s difficult to fathom that there are still women pioneers in centuries-old fields like banking and finance. That there are still ‘firsts’ when it comes to women joining corporate boards or leading companies — when it should be the norm that the world profits from women in leadership that has been mainstreamed.

In his recent speech on women and power, the United Nations Secretary-General and feminist-in-chief — Antonio Guterres, pointed out the world’s need for more women’s voices at the forefront in peace negotiations and trade talks and in boardrooms.

When women enter spaces once dominated by men, it changes those spaces — bringing in new perspectives, correcting blind spots, and ultimately improving decision-making.

It will take women and men to make this a reality. Because anyone who has the privilege to sit at the table — has a responsibility to make room for parity. 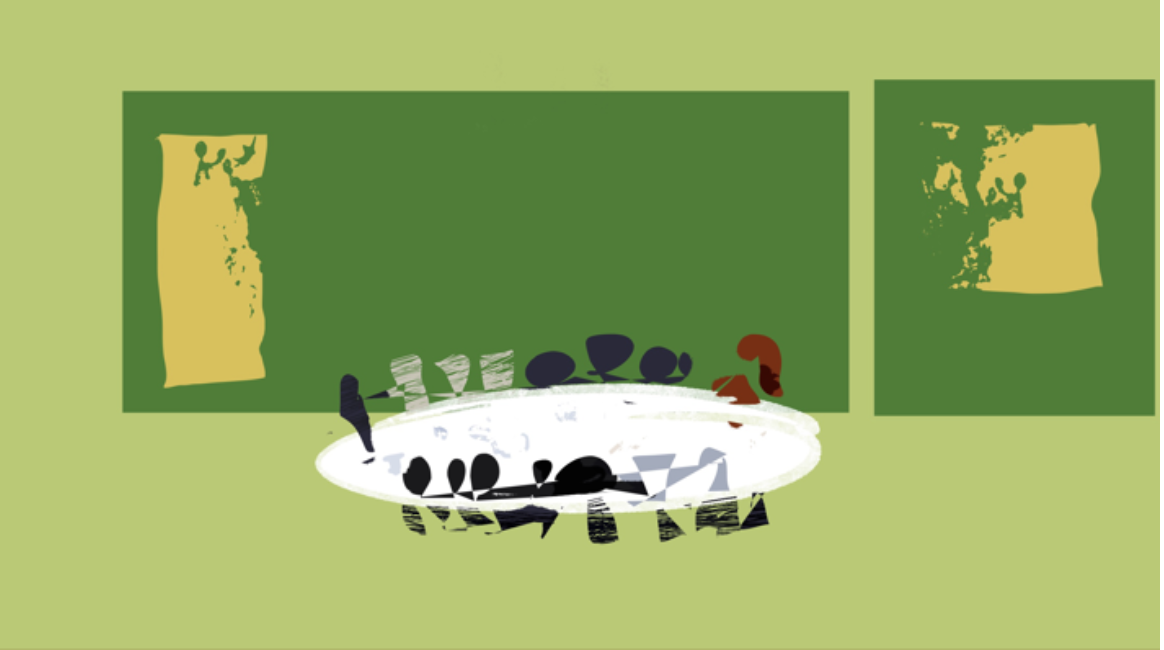 By Kristalina Georgieva and Louise Levonian

Where are all the women? It is a question we shouldn’t have to ask in 2020. But we do. Why? Because there are simply too few women in leadership positions all over the world. On the eve of International Women’s Day and as we approach the 100th anniversary of women getting the vote here in the US, the time is right to get a handle on the problem.

IMF staff research from a wide array of perspectives clearly shows the economic benefits of promoting gender equality policies. And the bottom line is this — more women in the workforce and in more senior positions is good news for women, good news for businesses, and good news for their countries’ economies.

Despite some progress, large gender gaps in employment and income persist. For example, the average workforce participation rate for women globally sits 20 percentage points lower than the male rate. Moreover, on average across countries, women have just three-fourths of the legal rights — such as owning property, receiving an inheritance, or opening a bank account — afforded to men.

Together, these imbalances are not only costly to society in the form of lower productivity and forgone economic growth. They also rob women of economic empowerment and leadership opportunities.

More women at the top

Mounting evidence suggests, however, that narrowing the gender gap in leadership does pay off.

In a previous paper, IMF staff found that banks with higher shares of women board members had higher capital buffers, a lower proportion of nonperforming loans, and greater resistance to financial stress.

IMF staff also found the same relationship between bank stability and the presence of women on banking regulatory boards.

In another IMF staff study — which looked at two million firms in 34 countries in Europe — greater gender diversity in senior positions was associated with higher profitability of firms. More precisely, it found that one more woman in senior management or on a corporate board is associated with 8–13 basis points higher return on assets.

These findings demonstrate the beneficial effects of greater diversity of views on boards, as it broadens the range of perspectives and improves the quality of decision making and discussion — leading to better outcomes for businesses.

From laggers to leaders

Still, just 18 per cent of firms globally are led by women, and on average, only 22 per cent of board members in OECD countries are women. There is even lower representation in emerging economies, such as India at 13 per cent or 8 per cent in Brazil. Progress has been slow to say the least.

At the IMF, we are trying to “walk the walk.” Currently, over 30 percent of staff in senior management are women, and 35 per cent of department directors are women.

We also continue to promote gender diversity on our Executive Board. While female representation over the past 14 years has increased overall — as more women are holding advisor and senior advisor positions — the share of female executive directors has hovered around 4–9 per cent.

Currently, women hold three out of 24 executive director positions and three of 30 alternate executive director positions — with total representation at 9 per cent for 2019.
More women on the IMF’s executive board means more diverse views at the table tackling today’s critical global challenges — such as climate change, inequality, and social inclusion — by developing innovative solutions for our 189-member countries.

It can also enhance institutional performance and effectiveness. Indeed, previous studies have shown that when companies invest more in gender diversity, they tend to receive higher dividends on organizational excellence — including through leadership, direction, accountability, and values, relative to non-diverse companies.

This brings us to how our initial question of why there are so few women leaders applies to the IMF’s own Executive Board. To respond, we plan to:

As we celebrate International Women’s Day and the achievements of women from all around the world, we must remember that including women in the global economy requires action. We can continue to push harder and do more. The next time someone asks, “where are all the women?” I believe we will be able to proudly say “in the boardroom." 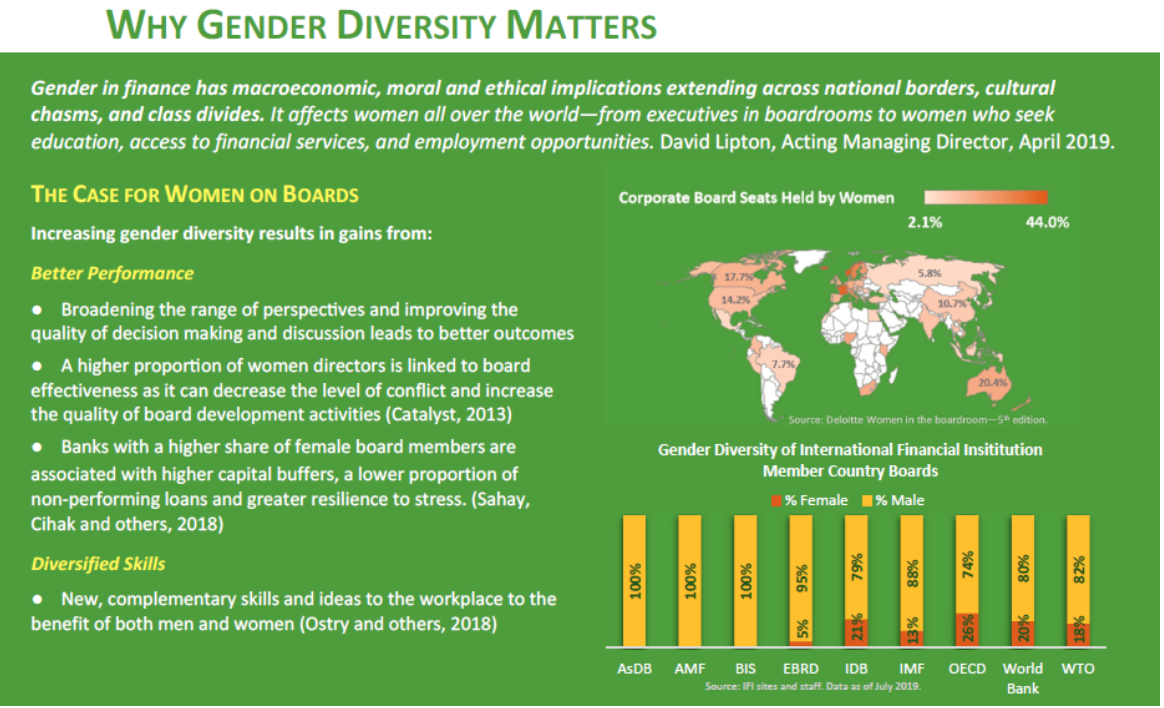 Caroline Criado-Perez writes in her book Invisible Women that we live in a world that is in large part designed for men. It’s easy to relate to the scenarios she puts forth and data gaps we need to close.

The first Development Finance Assessment is taking place in Kyrgyzstan

Toward an inclusive and integrated social protection system for every child, every mother, every older person and every ethnic minority woman