Many girls and young women around the world continue to face significant barriers to accessing quality education. Tackling GBV is essential if we are to transform education and ensure that every girl has the opportunity to learn. 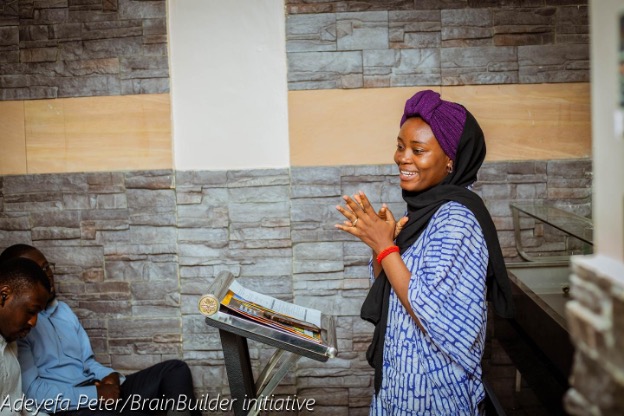 Meanwhile, the COVID-19 pandemic has reinforced the need to provide an education that transforms the lives of all people, regardless of gender, race, ethnicity, disability, identity or socio-economic status.

Therefore, it is now more important than ever to pay close attention to all forms of violent acts or threats that not only have a negative impact on students’ academic outcomes but also serious social, economic and health ramifications at the organizational and societal level.

Despite its magnitude and political importance, and a growing interest in the issue among the development sector, gender-based violence in schools remains largely under-reported, under-researched and less prioritized. In Nigeria, for example, it is difficult to find public records on the rate of school-related gender-based violence at the primary school level, even though a 2014 survey by the National Population Commission found that approximately 60% of violence among children under the age of 18 occurred in schools. Anecdotal evidence and media reports suggest that the prevalence of gender-based violence in secondary schools may be underestimated. Case stories from the Rising Child Foundation's #StampOutGBV project, for example, show an increase in sexual harassment, bullying, and abuse of girls by teachers and their male counterparts. While the project's findings show that male students are also subjected to violence, it is primarily experienced by female students.

Furthermore, sexual harassment, like many other forms of gender-based violence, is becoming more rampant online, partly due to an increase in the usage of digital platforms and the COVID-19 pandemic. Yet, in Nigeria for example, the Nigeria Demographic Health Surveys only measures experiences of violence in three forms: emotional, physical, and sexual. It is therefore critical to account for these new and emerging forms of violence that are experienced as abuse but may not be recognized as gender-based violence.

Most importantly, it is critical to recognize the significance of intersectionality in transforming education: Girls from low-income families and girls with disability are more likely to face a variety of forms of violence, ranging from sexual harassment to economic violence, coercion, mobbing, and bullying at school. While men are the majority of perpetrators of all types of violence, and girls and young women are the majority of victims, suffering disproportionate consequences, it is critical to emphasize that both girls and boys; women and men can be perpetrators and victims.

Transformative actions must also include the private sector committing at least 20 to 30 per cent of their corporate social responsibility to addressing school-related gender-based violence.

To achieve gender-transformative education, we must take a holistic approach to address gender-based violence in schools. Violence against one individual causes harm to all.