Transformation of Social Protection Systems: Rights of Women with Disabilities in Georgia

I have never stigmatized myself

“I was four or five when I realized that unlike other kids there were some things I could not do:  I could run but not jump up and play French Skipping.  Later, when I grew up, I felt it even more- because of the way others were treating me” - says Anna Maisuradze. “I have never stigmatized myself. I have never thought that I would never marry and have a child, grasped that others believed I would never have children, I would not be able to give birth… they would not tell me this straight but I often felt it.”

Anna is 32 years old and expecting a child soon. She holds a bachelor’s degree in Business Administration and master’s in Criminal Law, she works a at bookshop as a consultant. Her disability is a result of neonatal sepsis and today Anna has artificial joints on both sides. Anna and her husband planned the pregnancy before COVID-19 pandemic. They have considered all possible risks, however, it has not changed their decision.

National Assessment of Sexual and Reproductive Health and Rights in Georgia published in 2019 by the Public Defender of Georgia  with financial support from UNFPA highlights stereotypical attitude of public and service providers towards sexuality of women with disabilities. Anna speaks about this attitude too: “Five years ago when I saw my gynecologist and she learnt that I had had sexual relations, she advised me to take a pregnancy test. When I went for the test, I heard people giggling at the lab. But they may have similar attitude to other women too, not only women with special needs”.

The same Public Defender’s Assessment states that women with special needs are often perceived as “sexless” creatures who should have no interest in reproductive health. Anna stresses the same problem: “They cannot imagine that a woman with special needs may have a normal sexual life. They are convinced that “nobody will marry her”, “no one will like her”, “nobody needs her”. They do not expect you to have a sexual partner or have a family and give birth to a child. I know women with special needs who have no private life at all. Many women with special needs regret for not having children when time was right because of their family’s stereotypical attitude.”

Anna thinks that she has always been independent and lucky with her family - her mother was always supportive of her socialization. However, she knows many cases when parents would not allow their children with disabilities even to go to school. “Now situation has probably changed a little - education and awareness changes a lot” - she says and continues - “I would advise other women to make the best of their reproductive age and use the opportunity. If they want to have a child or just a partner they should not listen to others, should not submit to stereotypes and prejudice. They should do their best to be happy despite public opinion”.

We made ourselves and the Mom happy

“If I came to this world a dozen times and had a dozen of chances to choose my profession, I would be a doctor each time - reproductive doctor as this is my biggest joy when my teams’ and my professional effort makes people happy”, - says Arsen Gvenetadze, a longstanding partner of UNFPA Georgia Office, Head of Reproductive Health Clinic named after Zurab Sabakhtarashvili.   The famous doctor proudly speaks about Ekaterine Kadjaia, his patient who uses a wheelchair and two years ago became a mother of a child through in-vitro fertilization. According to Arsen Gvenetadze, it is so far the only case in Georgia yet. 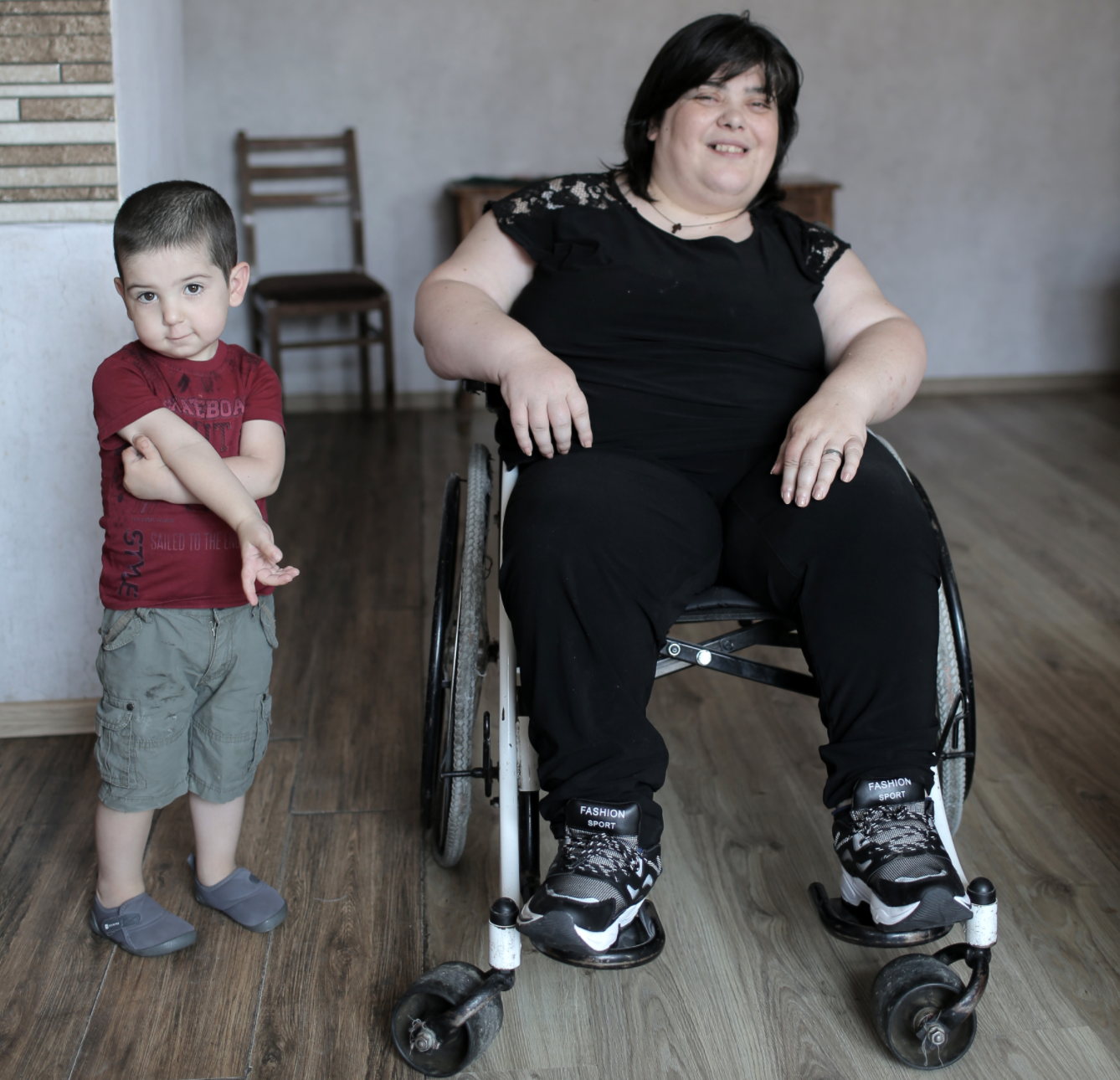 Ekaterine Kadjaia with her child, Photo by Dina Oganova/UNFPA Georgia

But prior to this, when Ekaterine and her husband decided to have a child, they were turned down by several clinics. “I was longing to have a child. My mind was preoccupied by this thought” - recalls Ekaterine. “Everyone around me was surprised that I in my condition decided to have a child, but there were few who admired this. Even doctors used to warn me that pregnancy would not be easy at all for me. I believed that I would make it and give birth to a child myself”.

According to the National Assessment of Sexual and Reproductive Health and Rights in Georgia published in 2019 by the Public Defender of Georgia, medical service providers often do not treat women with disabilities as people who are entitled to sexual life or having children and prompt or hint to avoid this type of behavior at all. Nevertheless, Ekaterine’s case became an exception - thanks to her determination and high professionalism of the medical team. 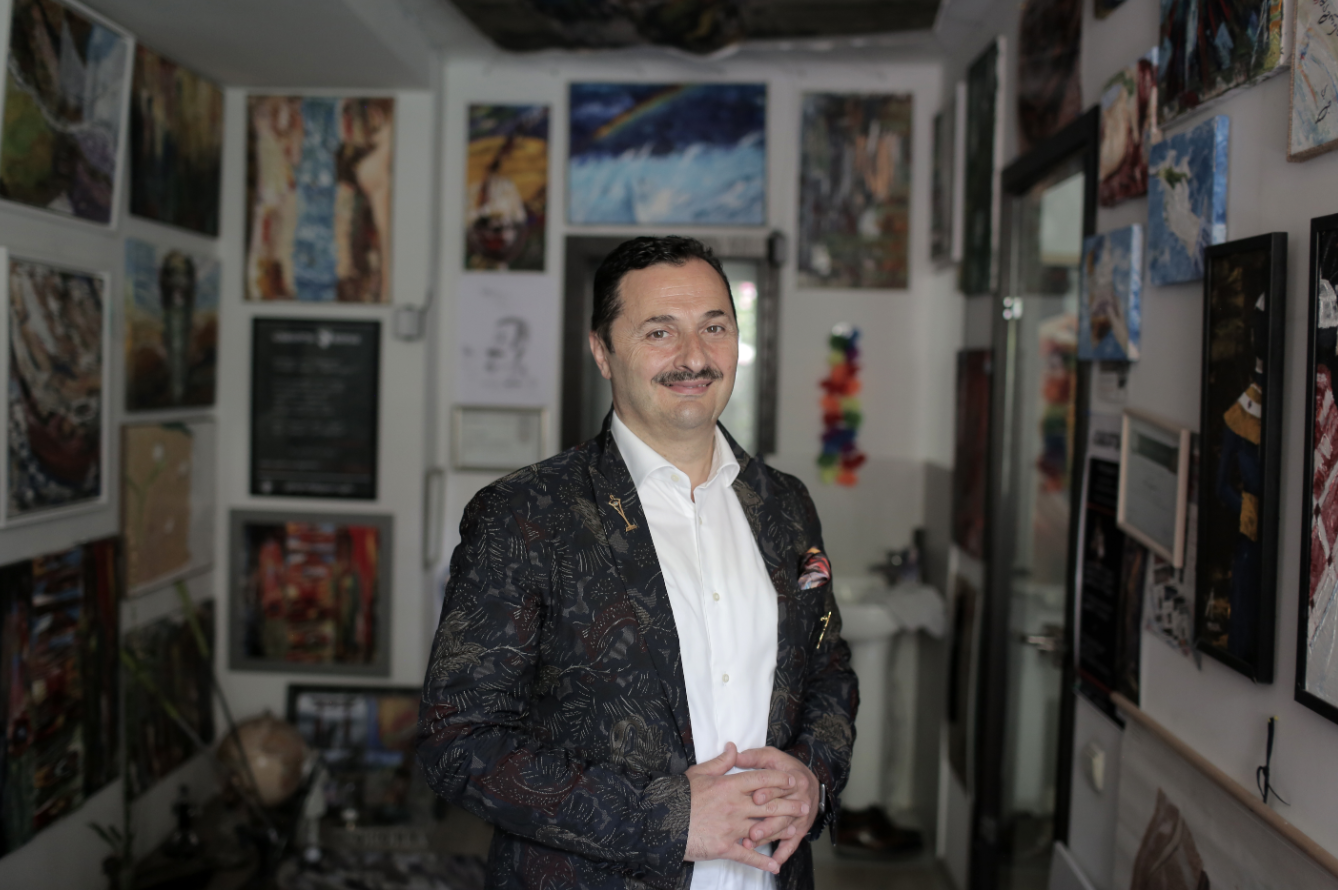 “Ekaterine’s dedication became my, and not only my, inspiration,“ - says Arsen Gvenetadze. “We have analysed all risks and benefits and our first in vitro attempt conducted with all necessary medical procedures, was successful. Alexandre was born. And he is a fantastic boy. We made ourselves happy. We made the mother happy”.

UNFPA for Reproductive Health of Women with Disabilities

Joint programme of six UN agencies - UNFPA, UNICEF, WHO, UNDP, UN Women, OHCHR with the support of the Joint SDG Fund started in 2020. This Joint Programme aims to address the largest gaps in Georgia’s social protection system in order to transform the situation of persons with disabilities (PwDs) in the country. The overall strategy of the project is to address one of the key factors leading to social exclusion of people with disabilities in the society, support implementation of the CRPD and accelerate progress towards achieving sustainable Development Goals. In the frame of the Programme’s priorities and its mandate, the UNFPA actively cooperates with other UN agencies, state institutions, civil sector and service providers in order to facilitate access to sexual and reproductive health as well as services related to gender based violence for women and youth with disabilities.

"UNFPA, being the UN agency responsible for sexual and reproductive health is working for years to ensure that every woman has access to dignified medical services and human rights”, - says Lela Bakradze, Head of UNFPA Georgia Country Office. “We are pleased that in the framework of the new programme, UNFPA Georgia has an opportunity to pay greater attention to women with disabilities and youth and together with our partner organizations make important steps towards improvement of their lives and quality of reproductive health.”

Duration of the programme, “Transforming social protection for persons with disabilities in Georgia” is two years. In order to dismantle stereotypes, develop service provision and change attitudes, the UNFPA has started consultations with its partner organizations and analysis the legal framework and healthcare and social programs to ensure that needs of women with disabilities and young people are reflected accordingly. In order to ensure efficiency of the next steps, local and international experts have started working on amendments to the Family Planning Standard Operations Procedures Documents to include WWD and youth clinical needs in concordance with the international practice.

Investing in women and girls is a smart investment

SDG Invest: Creating Opportunities for Investing in the SDGs