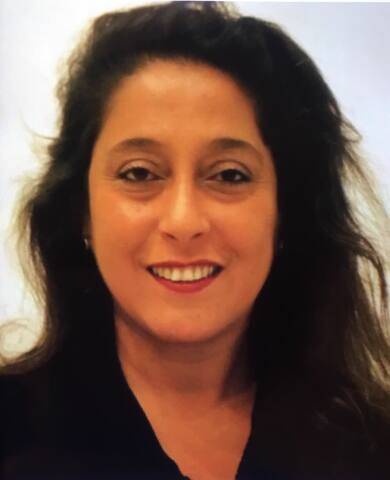 On March 3, 2020, the Joint SDG Fund, the European Union Delegation to the International Organisations in Vienna, the Ban Ki-moon Centre for Global Citizens and the OPEC Fund for International Development came together for a joint event and an interactive panel discussion on “Mobilising to Advance the SDGs”. The joint event was hosted by the EU and the European Commission in the prestigious Europe House in Vienna with the participation of more than 100 invited guests from the Vienna diplomatic community and civil society.

The welcoming remarks were delivered by H.E. Ambassador DDr. Stephan Klement, the EU Ambassador and Head of the EU Delegation in Vienna, and DDr. Wolfgang Bogensberger, Deputy Head of the EC Representation in Austria. They emphasized that successful implementation of SDGs requires effective multilateralism and a rules-based international order which defends universal values. They also highlighted the fact that the EU and EU Member States were leading contributors to the Joint SDG Fund and encouraged others to contribute to the Fund.

The former President of the Republic of Austria and Co-Chair of the Ban Ki-moon Centre, H.E. Dr Heinz Fischer, delivered the opening remarks. He recalled the intergovernmental commitment to the SDGs which was adopted by the Heads of State and Government on the occasion of the UN’s 70th Anniversary in 2015 wherein they resolved “to end poverty and hunger everywhere,  to build peaceful, just and inclusive societies, to protect human rights, and promote gender equality, to empower women and girls, and to ensure the lasting protection of the planet and its natural resources”, pledging that no one will be left behind.

The moderator, Ms. Mona Ali Khalil, an international consultant and former UN official, opened the panel and led the interactive dialogue with a reminder that the SDGs are not merely aspirational, but rather goals to be implemented and achieved in real terms, and welcomed the emerging partnership between the Joint SDG Fund, EU, OPEC Fund and BKMC in Vienna as an embodiment of SDG 17. 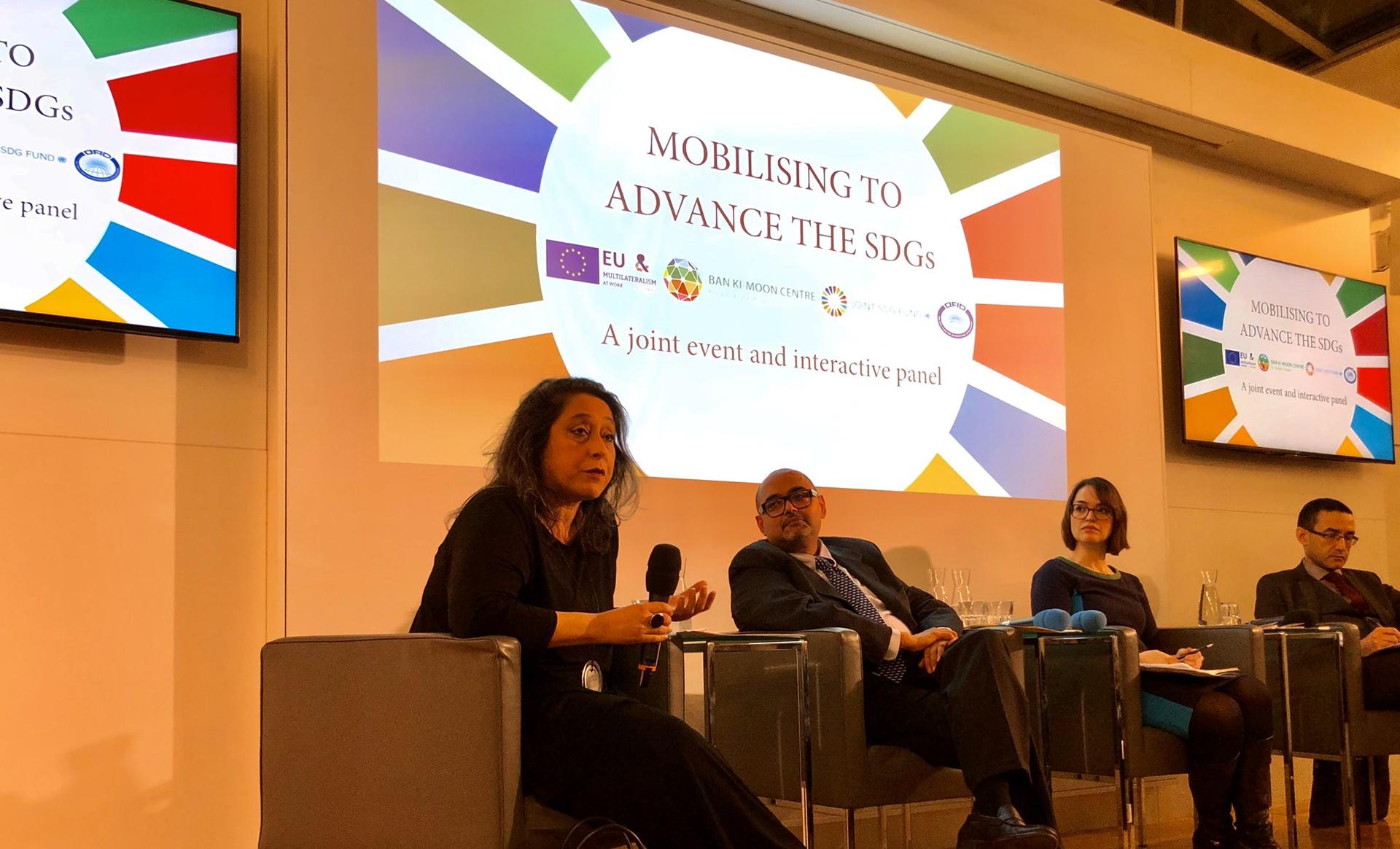 The Panelists - Ms. Katrin Harvey (BKMC), Dr. Walid Mehalaine (OPEC Fund) and Mr. Gautam Babbar (UNOV/UNODC) described the impacts their respective organizations were working towards in advancing the SDGs on the ground. On behalf of the Joint SDG Fund, Mr. Babbar described the Fund’s efforts to end poverty through integrated strategies that build economic growth, mainstream human rights, and address social needs including education, health, social protection and job opportunities while, protecting the environment and tackling climate change. He reported that the Joint SDG Fund aims to mobilize $290 million and has competitively chosen 36 joint programmes which are being implemented by 16 UN entities, in partnerships with 616 organizations; with the support of 41 private sector organizations; and 33 investments of international financing institutions.

The audience engaged actively posing compelling questions ranging from measuring the success or failure of the Millennium Development Goals to understanding the transition to the Sustainable Development Goals - from the importance of partnerships between the public and private sector, to the role of academic institutions and civil society in advancing the SDGs - from implementing the SDGs in conflict areas to the importance of anti-corruption efforts.

The joint event ended with a generous reception hosted by the EU/EC hosts. All four partners were pleased with the joint event and look forward to future collaborations to support implementation of the SDGs and the 2030 Agenda.